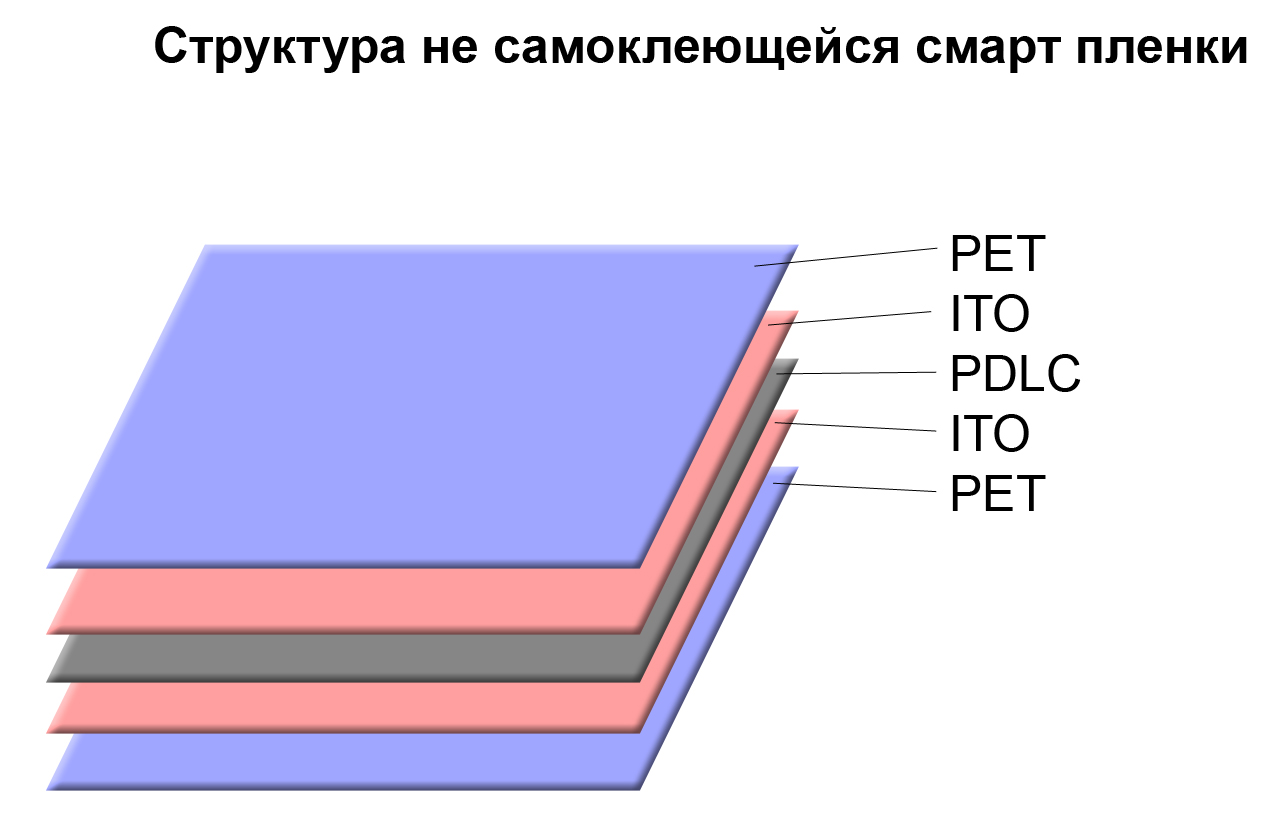 PDLC Film (self-adhesive) is an intelligent film which provides a simple and cost effective alternative to Switchable Film technology. It is manufactured with self-adhesive cling layer on one side (peel and stick) which can be directly sticked to the existing glass and switch from transparent to opaque instantaneously under electricity application. It can meet the double requirements of glass on penetrability and privacy protection; smart glass can also be converted into a highly demanded rear projection screen with incredible image quality due to its liquid crystal properties which give high contrast features. It's unreacheble functions of today which make it very popular.

Smart glass can also be converted into a highly demanded rear projection screen with incredible image quality due to its liquid crystal properties which give high contrast features.